What Is a Ritual?

A ritual is an act which is repeated according to a specific procedure. Societies have many rituals related to major life passages, like birth, marriage and death.

What Is Ritual Abuse?

Ritual Abuse has been defined as psychological, sexual, and/or physical assault on an unwilling human victim, committed by one or more people whose primary motive is to fulfil a prescribed ritual in order to achieve a specific goal or satisfy the perceived needs of their deity.

Children are most frequently the victims of all types of ritual abuse, largely because of their vulnerability and lack of power.

What Kinds of Ritual Abuse Exist?

Many people believe that ritual abuse exists in six forms:

1. Some conservative Christians believe that individuals can be "possessed" by devils. They conduct exorcisms to drive out the demons. This often involves physical and emotional abuse. Two victims died in 1995 during exorcisms: a woman in California and an infant in Ontario, Canada.

2. Other devoutly religious folks sometimes withhold needed medical attention from their children in favour of seeking a cure through intensive prayer sessions.

3. Some parents follow the "spare the rod, spoil the child" rule and abuse their child physically, often in a type of ritual. This often consists of physical abuse, religious motivation and ritual. Whether it is ritual abuse depends upon your precise definition of the term.

4. Some people perform religious rituals, which involve sexual activity. This is normally done in private between committed adult couples. In some instances, children are included, as victims, perpetrators and/or observers. This constitutes abuse, because of the children's age.

5. A few child molesters use a Satanic motif during abuse. They may buy book on Satanic ritual, an altar, some candles etc. and pretend to conduct a Satanic ritual while abusing the child. The perpetrator is not a Satanist, but finds the ritual useful as a control technique. Cases of this sort were uncovered during a major study into ritual abuse in Great Britain.

6.When people think of ritual abuse, they usually refer to Satanic Ritual Abuse (SRA). A goal of SRA would be to satisfy the perceived needs of the Christian devil, or to use "black" magic to achieve certain ends. This type of abuse is in a class by itself, and is said to involve a highly organised, secret, often multigenerational group who engage in mutilation, ritual killing, cannibalism, drinking of blood, systematic torture to produce robot-like, programmed, children, etc. Some people use the term Sadistic Ritual Abuse to describe similar forms of abuse done by non-Satanists (e.g. alleged abuse by men's fraternal organisations).

What to Do If You Suspect That This Has Happened to You or If This Is Happening to You Now.

It is important that you seek the professional help of a qualified counsellor or psychotherapist such as myself. The threats of retribution from groups such as those described above are terrifying. Most victims of this type of abuse find it too frightening to approach anyone for help. There are many health care and other professionals that are even now working hard to help those people who have been abused in this way, and are doing whatever is possible to bring a halt to these dreadful activities. You are not alone, and you will be protected.

Please telephone or email me. 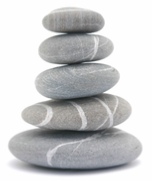 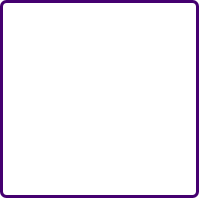